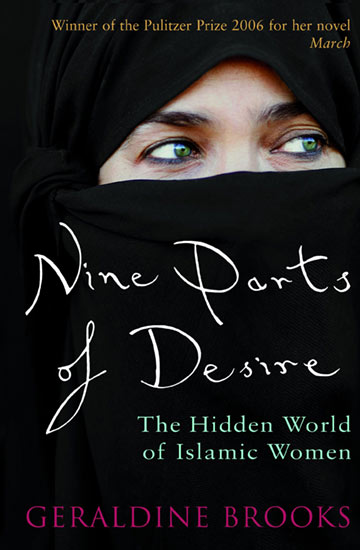 Nine Parts of Desire is the story of Brooks’s intrepid journey toward an understanding of the women behind the veils, and of the often contradictory political, religious, and cultural forces that shape their lives. Defying our stereotypes about the Muslim world, Brooks’s acute analysis of the world’s fastest growing religion deftly illustrates how Islam’s holiest texts have been misused to justify repression of women, and how male pride and power have warped the original message of a once liberating faith.

“Powerful and enlightening…Brooks presents stunning vignettes of Muslim women…and carefully distinguishes misogyny and oppressive cultural traditions from what she considers the true teachings of the Koran.”
—Publishers Weekly

“There has been nothing finer on the subject from a Western observer…she looks at it from the heart…mixing historical perspective with piercingly observed journalism.”
—Newsday

“Avoids both the sensational and the stereotypical…insightful…a valid, entertaining account of women in the Muslim world.”
—New York Times Book Review

“A rare look at a significant segment of the world’s population that literally has been cloaked in mystery for generations.”
—Seattle Times